In 1986, Michael Liberatore joined the company and served as the Director of Sales and Marketing and later as the company’s Vice President.  During the 1980’s, the Liberatore’s focused their efforts on becoming a high quality manufacturer of United States made sewn disposable products primarily for the healthcare industry. By 1994, the company began to expand operations and acquired Protective Disposable Apparel Co. of Asheville, NC.  This introduced new product offerings to include items designed specifically for the clean room, pharmaceutical, industrial, biotech, laboratory and the semiconductor industry.

In 2003,  The Company, now known as HPK Industries was established under the ownership of Michael Liberatore, the Company President.  This was done to reflect the wider range of customers the company served and the expanded product offerings beyond the medical market.

In 2005, Anthony Liberatore retired from the disposable garment manufacturing industry and sadly, passed away in 2009. He leaves behind a legacy of both pride and tradition. Today, Michael continues the vision to become a world-wide leader in this industry, which is the driving force behind the company.

HPK Industries is committed to being an innovative product leader in the disposable garment manufacturing industry. As we continue to move forward, customer satisfaction will always remain the backbone of our company’s success. 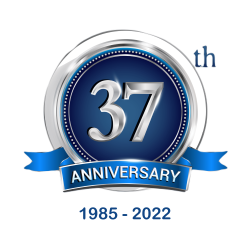 Get Updates And Stay Connected -Subscribe To Our Newsletter